Ramps are blooming now, in early July, in our local forests!

“Ramps” are wild onions (sometimes called “wild leeks”) that grow in the forests of the Appalachian Mountains. They don’t look like the traditional onions that you would grow in the garden.  Ramps look more like “lily of the valley”–the leaves are elliptical, broad in the middle and narrow at the ends.  The lower part of the stem is tinged with ruby red and the underground bulb is lily-white. The bulb part, in fact, looks just like a scallion, or later in the season, like a leek.

In Appalachia, ramps are traditionally collected and eaten in the springtime when the greens are young. The entire plant is chopped and sauteed, and used in any dish that would normally call for onions. Once cooked, the green part of the plant wilts like spinach. Both the bulb and the greens taste like a combination of garlic and sweet onions, which is to say– ramps taste very good!

Like other spring ephemerals, ramp leaves emerge from the forest floor early (March-April). But by the time the forest canopy fully leafs out, ramp leaves are turning yellow and dying off.  The show is not over yet though: a single stalk of white flowers emerges from the ground during the months of May and June (a resurrection!). By the time the flowers fully open in late June/early July, the original leaves are long gone! A round globe of small white flowers is held up on a stout reddish stem.

Ramps prefer to grow in cool, moist forests, often near streams.  When conditions are right, they can cover the forest floor for great distances, as you will see in all the photos.

To celebrate ramp season in the Appalachian Mountains, some communities hold ramp festivals.  Here’s a link to one in West Virginia– check it out: http://www.richwooders.com/ramp/ramps.htm 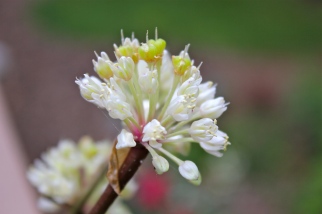 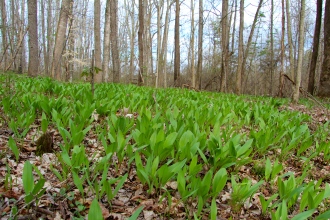 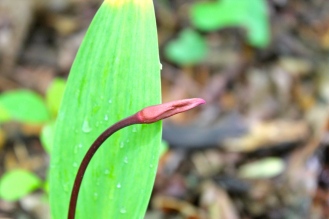 The flower bud in late May 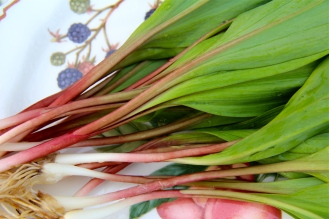 A profusion of ramp flowers in late June 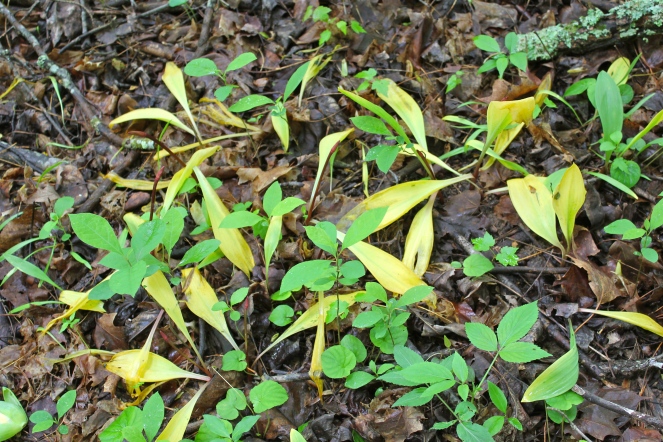 Ramp leaves die back in May, just as the flowers are emerging 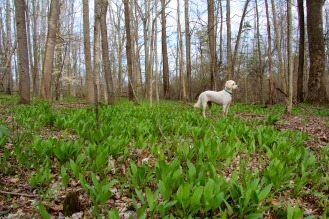 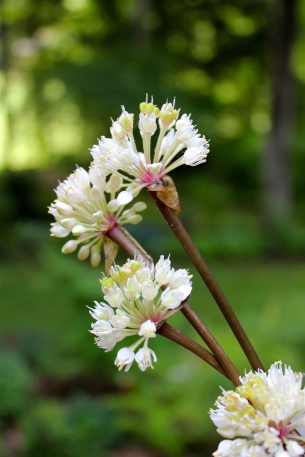 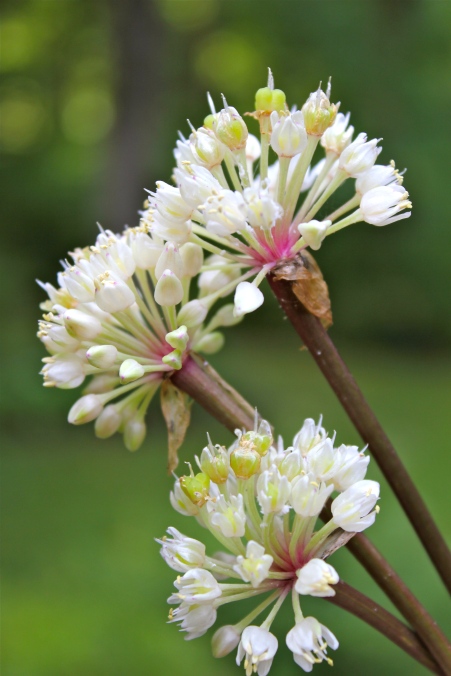 Ramps: early in the season 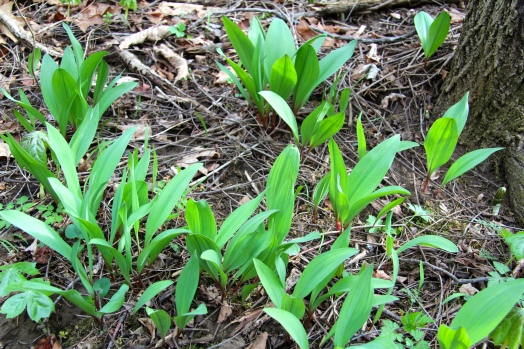