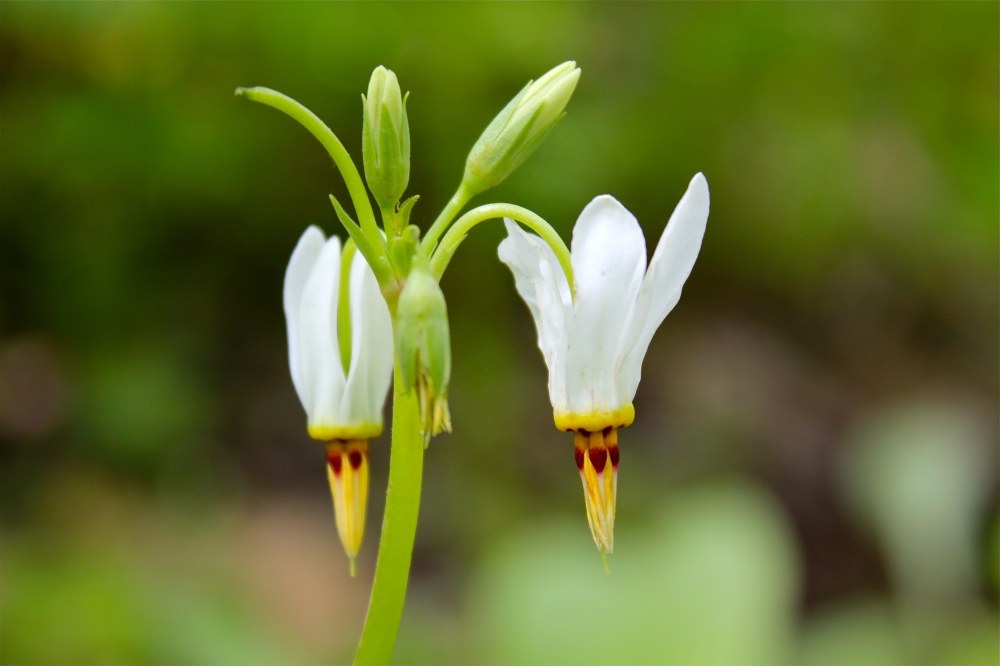 Shooting Stars! What a great name! This spring-blooming, perennial plant has a basal rosette of oblong leaves, each about 6 inches long and 2 inches wide. In late April and early May, a stalk (or inflorescence) comes up from the center of the rosette and unfurls into a half-dozen or more white or pinkish flowers. The white petals will fully retract to reveal a pointed yellow and brown tube at the the center. The overall effect of the arching structure gives the illusion of movement–hence the name. The flowers look like little rockets, or “shooting stars”.

Shooting star colonies often occur on well-drained slopes.  This collection of photographs was taken in late April, on a steep hillside near Shawsville, Virginia.

Shooting stars about to bloom (May 6) 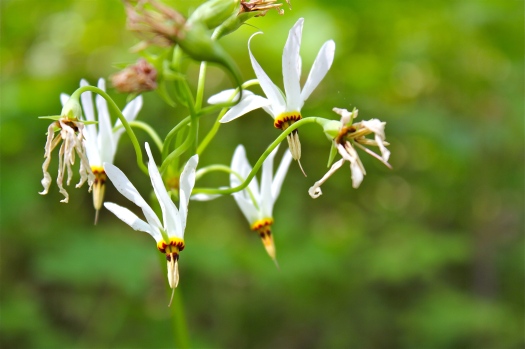 A hillside colony of shooting stars near Shawsville, VA