Everyone has seen bluets before, but did you know that the real name for them is Quaker Ladies? This is a native plant that goes unnoticed most of the time, because it is so small and low-growing. That is, until springtime. That is when Quaker Ladies send up their slender flower stalks and the beauty pageant begins.

Each stem holds one or two flowers that are only about a half-inch wide; the tiny leaves are opposite.  The flowers are tube-shaped and open into four distinct, bluish lobes that surround a yellow center. To say that they are absolutely darling does not do them full justice.  They are simply the picture of happiness!

A few of these photos were taken at Primland, near Meadows of Dan, where a lovely colony of bluets was found hugging the bank of a mountain spring in early May. Nearby, a woodland gnome was sampling water, so he managed to get in the picture too. The other two photos were taken along Rock Castle Creek near Floyd, VA, in mid-April. 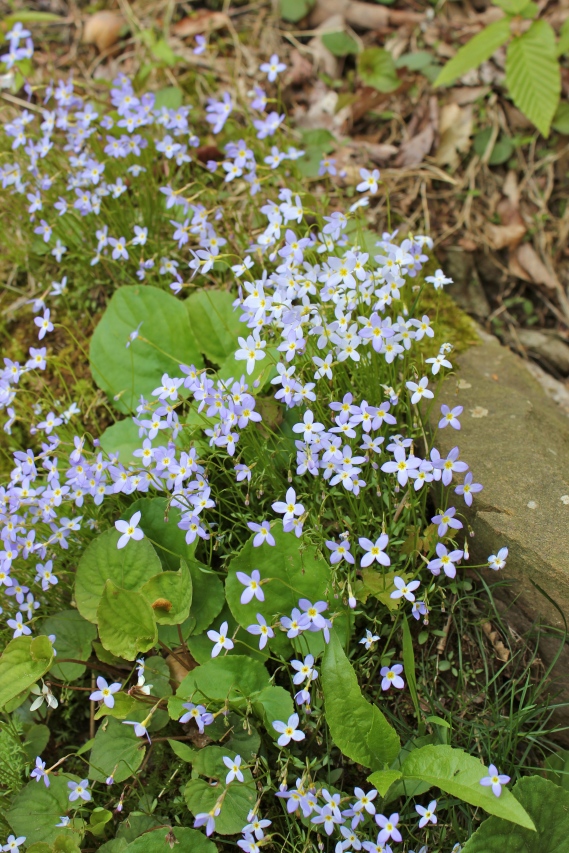 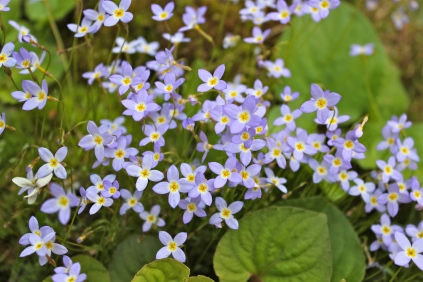 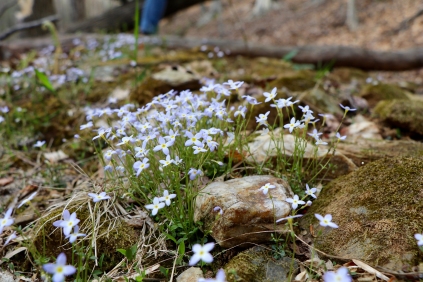