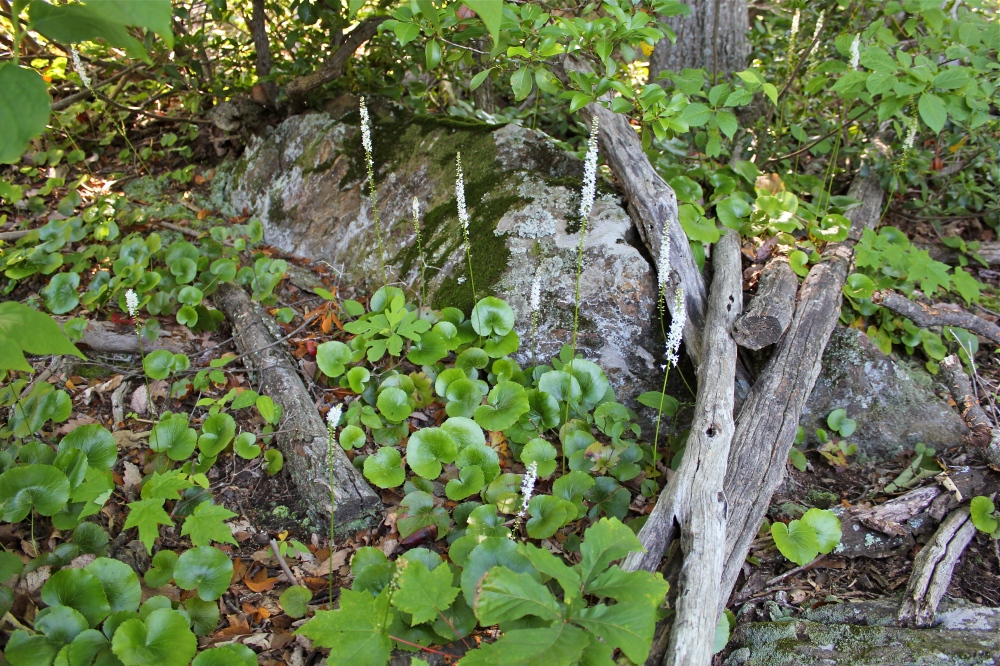 The white spikes of galax rise up like magic wands in late May and June in the woodland forests of Appalachia. The tall spikes can grow 1 to 2 feet high over a basal rosette of shiny green leaves. The flowers wave gently in the breeze, earning this plant the common name “wandflower”. Each tiny, 5-petaled flower on the stalk is less than 1/4 of an inch wide.

Galax is a native perennial that occurs at higher altitudes in woodland settings. The attractive plant is evergreen; the leaves persist and turn brown to reddish in winter (see more images below). The rounded leaves are bluntly toothed and leathery in texture.

Galax populations are currently in decline because of over-harvesting for the floral industry.  The large, evergreen leaves are commonly added to floral arrangements and bouquets as “greenery”.  Collecting Galax for this purpose has long been a cottage industry in the Appalachian mountains, and many families have supplemented their income seasonally by collecting galax leaves and selling them to the florist trade. However, today there is great concern as to whether native populations can survive under increasing harvesting pressures.

Don’t forget that there is a town in Virginia named for this plant: Galax, VA! Locally, this plant is also known as “carpenter’s leaf” because it was once believed useful in treating cuts and other wounds. 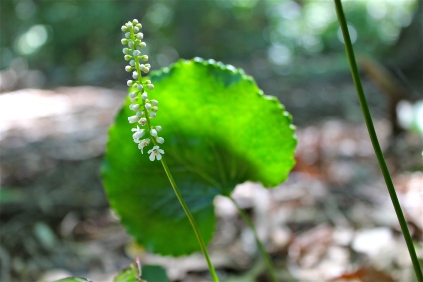 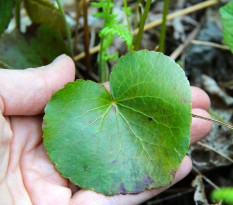