This late summer flower reminds me of the mimosa leaves that intrigued me as a child. It has pinnately compound leaves that are composed of 8 to 15 tiny, barbed leaflets that fold inward when you brush them with your finger. For further mystery, they close completely at night because they are sensitive to light too!

The large yellow flowers of partridge-pea unfold from the leaf axils.  Each flower is about 1.5 inches in diameter and has 5 large, unequal petals (one petal is larger than the rest and four of the five are stained with red at the center). The flowers are similar in shape and color to sundrops, but the anthers of partridge pea flowers are dark red.  Long, flat seed pods that resemble pea pods or miniature locust pods quickly replace the flowers.

Partridge pea is a relatively erect plant, that can reach 2 to 3 feet in height. Alternative names for it include Locust Weed, because its resembles the locust tree, and Sleeping Plant because of its habit of closing up at night.

Look for it in open meadows or disturbed areas in August and September. These plants were found growing in early September, in full sun, in a mixed field of queen anne’s lace, knapweed, and goldenrod.

The peapods of Partridge Pea

The pinnately compound leaf of Partridge Pea; each leaflet ends in a pointed barb. 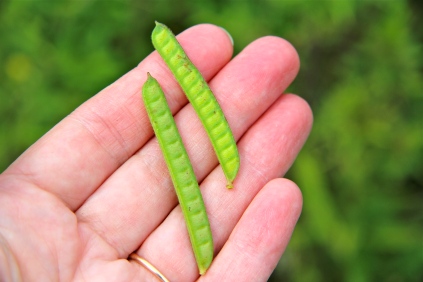 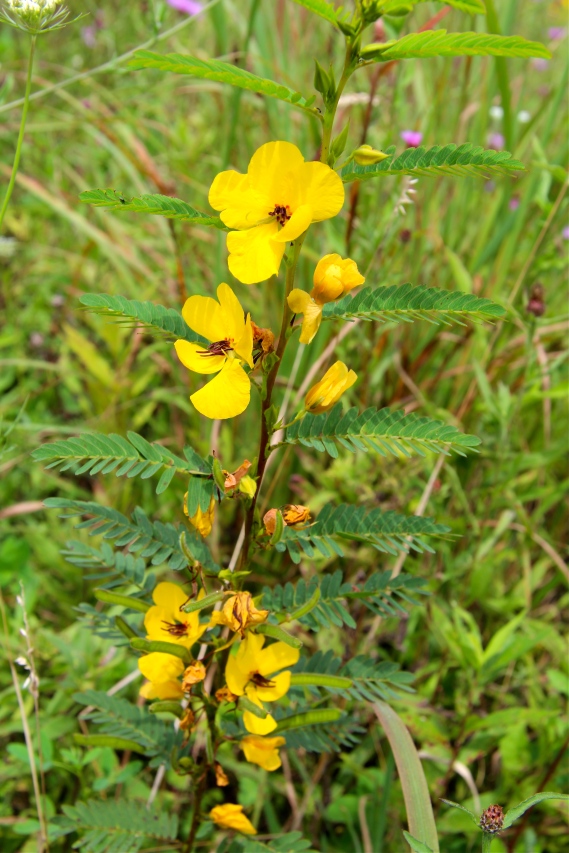 Five unequal petals; one is larger; four are stained with red at the center