Right now, in August, bold yellow flowers are lighting up our summer fields, roadsides and streambanks. Among them, Green-headed coneflower, wingstem, yellow crownbeard, and black-eyed susans, are competing for late-summer sun. A variety of sunflowers are also part of the show. July and August is the peak of their flowering period.

Sunflowers are composites with yellow ray flowers and an orange-yellow, dome-shaped head of disk flowers. Unlike the giant sunflowers you are probably familiar with, the center of other sunflower species are usually less than an inch across, and the plants are not as tall as cultivated, “common” sunflowers.

There are many kinds of sunflower species in the genus Helianthus, and keying them out requires patience. I’m here to tell you– I’m not very good at it!  That said, I may have gotten lucky with this one because of one easy-to-miss feature: the ray flowers of this plant are fertile. How can you tell?  Look at the base of the ray flowers–if you see a small, forked pistil there, then what you are looking at is not a true sunflower.  It is False Sunflower, also called Oxeye. Unlike normal sunflowers, False Sunflowers produce seeds from both the disk flowers and the ray flowers!

So after all that, this is not a Helianthus species! It is Heliopsis helianthoides.

Based on the presence of fertile ray flowers, if you think you’ve found a False Sunflower, look at the leaves: are they are opposite, simple, lanceolate to ovate, and coarsely toothed or serrated? Do the leaves have petioles (not sessile)?  Do the flowers have 8-16 golden yellow ray flowers and an orange-yellow disk? If yes, then you’re done!

The plants can be found in bloom from July until September and grow about 3-5 feet in height.

False Sunflower is a gardener’s delight.  It grows well in most soils in sunny conditions, and it will tolerate some shade. It makes a great cut flower, and when planted in masses, it provides bright and cheerful color during late summer.

The photos below were taken at two different places.  The first set were growing on Virginia Tech’s campus along the roadside. The second set were taken at Murphy’s Farm in Craig County.  Those flowers were part of a mass wildflower planting that was done to attract wildlife (birds eat the seeds). 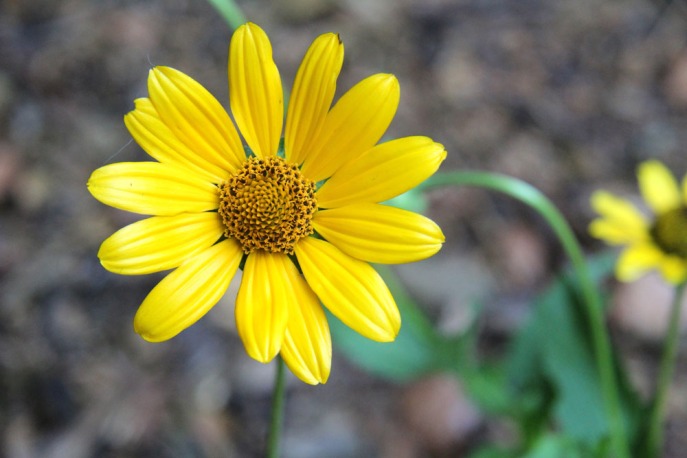 These leaves were rough on the top and bottom 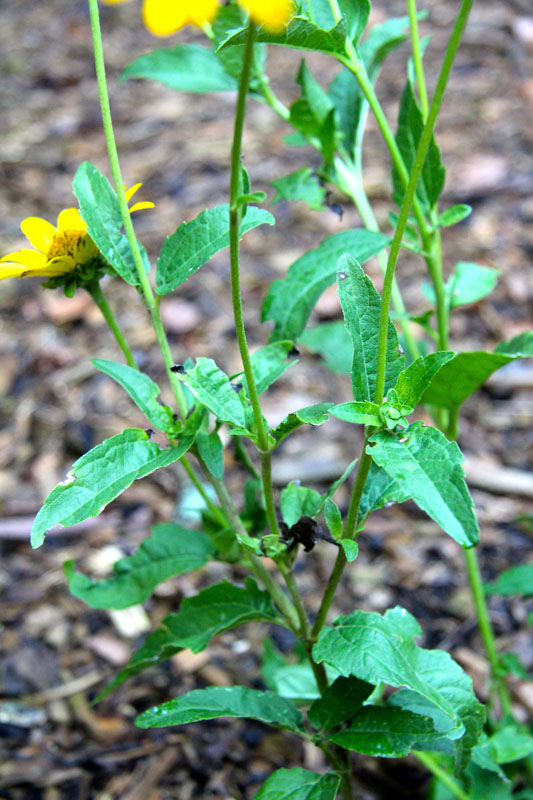 Leaves are opposite and toothed 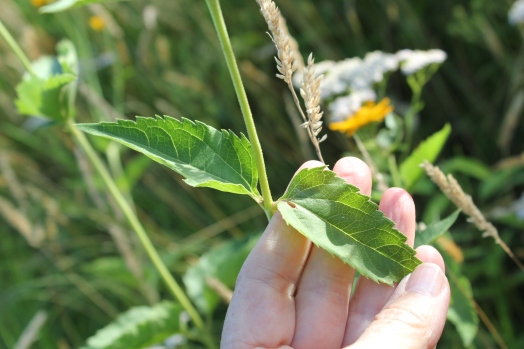 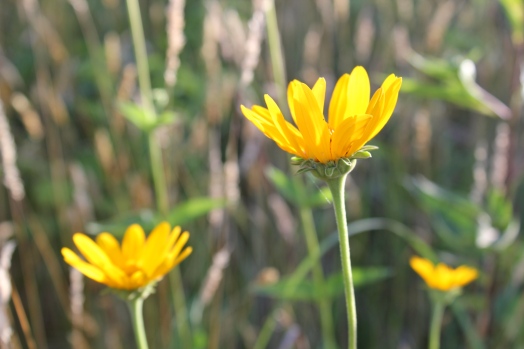 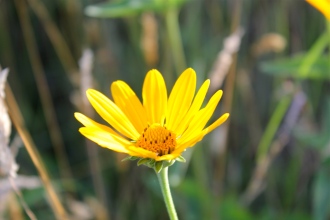 of False Sunflower or Oxeye 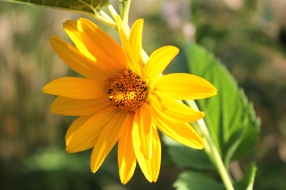