Here is a small, leafless orchid that can be found growing in local forests in the fall. Lacking leaves, it is a non-photosynthetic plant; it gets its nutrients from mycorrhizal fungi.

The entire plant consists of a stem that is purplish to green, yellow or brown. It grows 3-8 inches in height, and emerges from an underground bulb. The roots of the bulb are thick and hard, resembling coral– hence the common name, coralroot. The flowers are borne at the top of the stem and can vary in number–from just a few to up to 20 or more.

Each individual “flower” is less than a quarter inch long and resembles a seed pod in appearance. That’s because the flowers have a conspicuously swollen ovary and few to no visible petals. The flowers often fail to open at all, but if they do, you might observe the orchid’s reddish petals and spotted white lip drooping below the ovary.

Do you wonder how this plant is pollinated if the flowers don’t open? I did! It turns out that Autumn Coralroot is usually self-pollinating.

Look for this diminutive orchid growing in pristine forests during its bloom time– August through October. Other common names include Fall Coralroot, Late Coralroot, and Small-flowered Coralroot.

The photos below were taken near Pandapas Pond in Montgomery County and on the Potts Valley Rail Trail.

Compare this plant to a similar species, Spotted or Summer Coralroot. 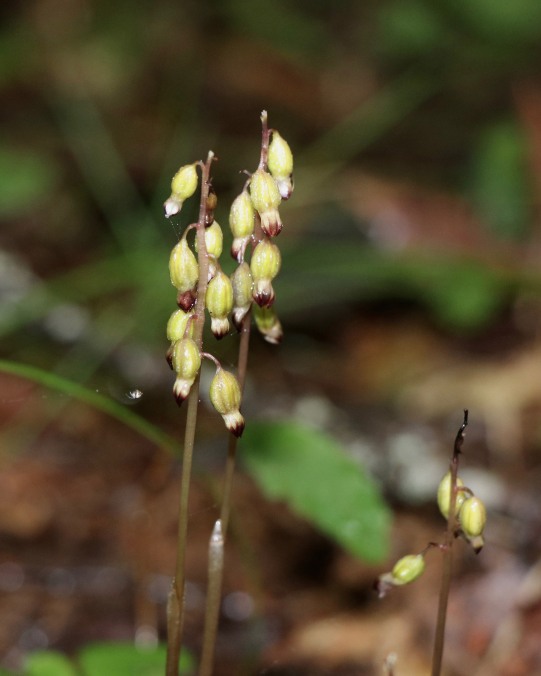 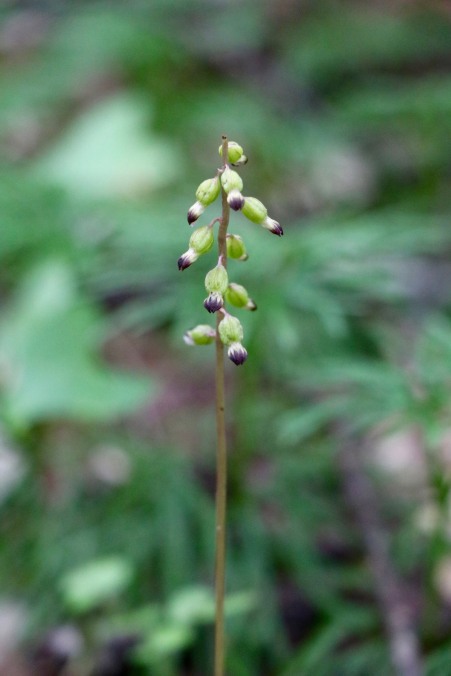 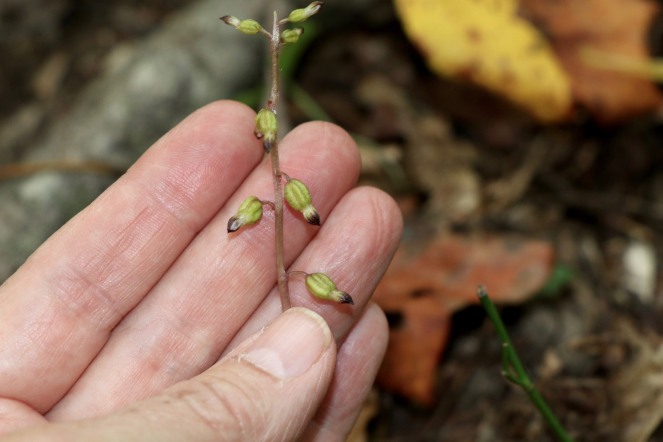 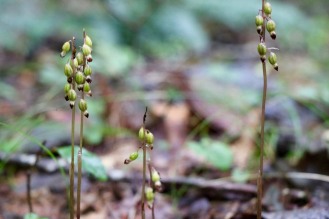 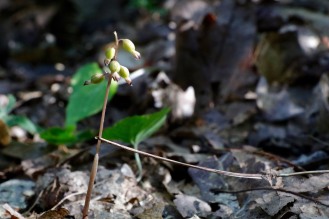 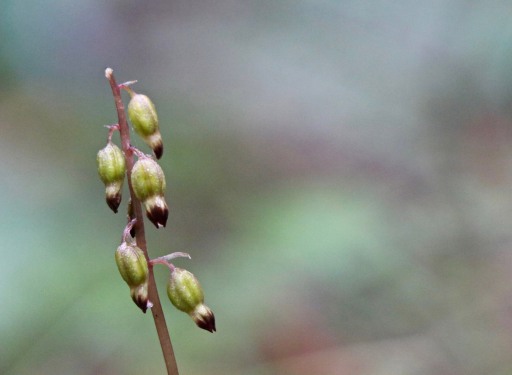 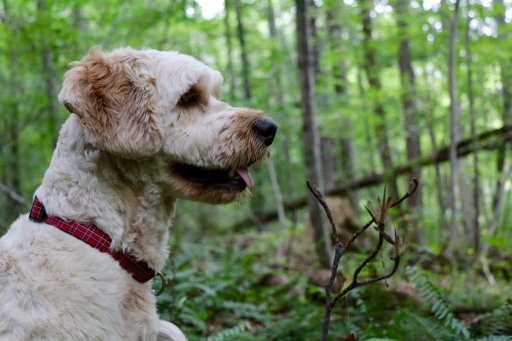 My dog, Gracie, providing the backdrop for the next two shots 🙂 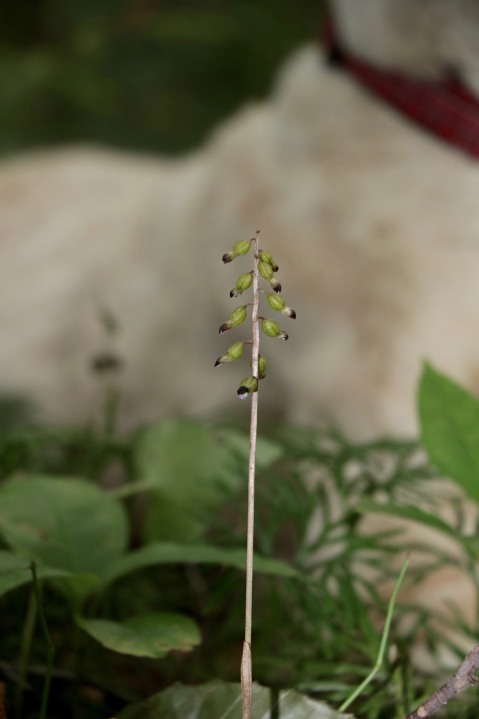 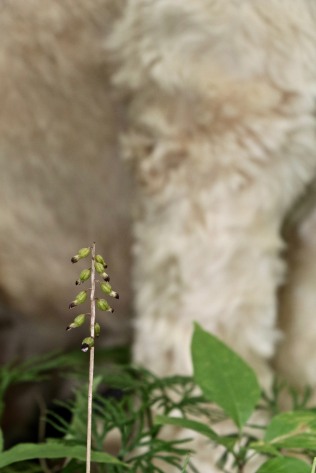 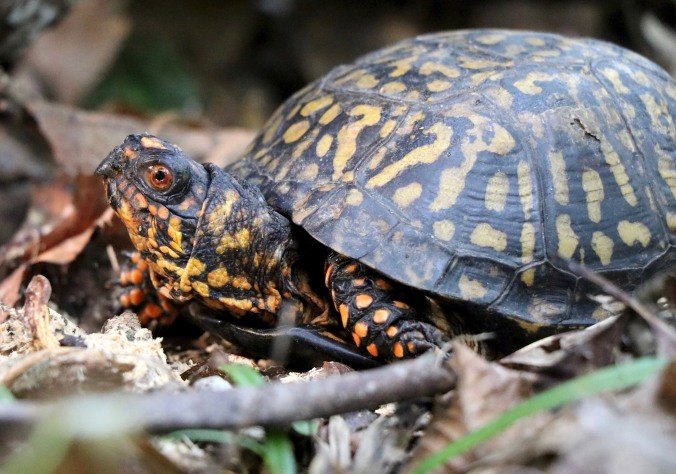 A visitor who stopped by while we were photographing Coralroot in September. Who doesn’t cherish a visit from a box turtle?