Just in time for Halloween: Fungi with TEETH! This pure white mushroom is quite the rock star in the fungus world, being both an edible and medicinal fungus.  It grows on recently downed or wounded hardwood trees, which is exactly where I found these!

As a mushroom, Lion’s Mane is just a mass of white spines, or teeth, that hang downward. The spines can grow up to two inches long before slowly discoloring with age.  Another common name for it is Bearded Tooth Mushroom, which is quite appropriate for what it looks like.  The photos below show one “young” mushroom (about 5 inches in diameter) found in late October, growing near the base of a standing tree (the spines aren’t fully developed yet); the other photos show larger specimens–one found on a downed tree last August, one found inside a hole of an oak tree in early November, and finally, one young but very large mushroom growing on a wounded oak tree in early October.

This toothed fungus is popular in Chinese cooking and medicine, and it can be cultivated, much like shiitakes, on sawdust and logs.  Growing “kits” for Lion’s Mane mushrooms are readily available online. So what are you waiting for?!

Click on an photo below to open a slide viewer. 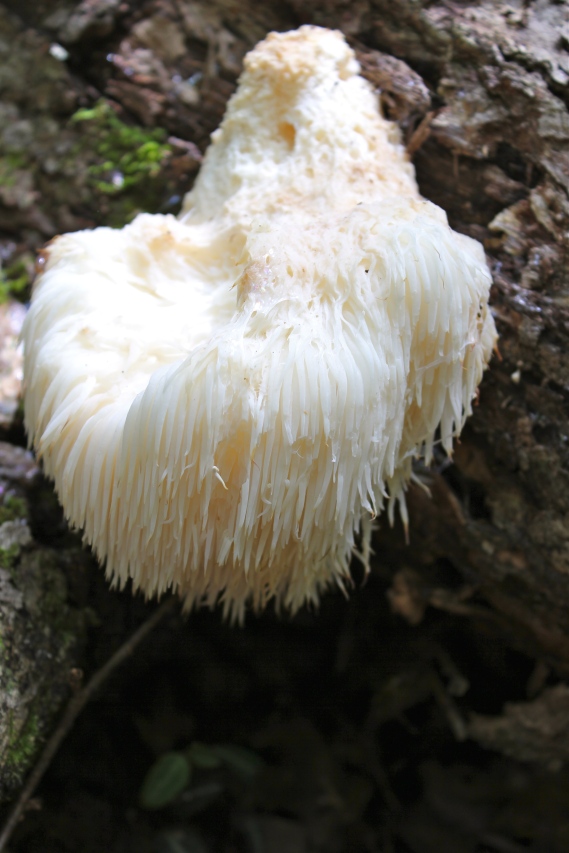 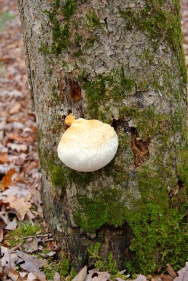 Lion’s Mane in a hole in an oak tree; November