Witch Hazel  or American Witchhazel is a native shrub or small forest understory tree that grows 10-30 feet in height. The branches have a wide-growing habit such that the trees often have a “crooked” appearance. The 2-6-inch leaves are alternate and oval with wavy margins.

The remarkable thing about witch-hazel is its odd bloom time: September-October-November! The flowers are small, with thread-like yellow petals that are held very close to the branch.  Despite their size, they stand out in the forest because they usually occur after other trees have dropped their leaves. Even if the yellow glow of the branches doesn’t catch your eye right away, the fragrant fall blooms will definitely get the attention of your nose.

Witch hazel fruit matures slowly. Hard, gray fruit from the previous year can usually be found on the tree at the same time as the new blooms. The fruit is “explosive”, meaning the seeds are disbursed by ejection.

Historically, the leaves, branches, and bark of H. virginiana were used to produce a liquid astringent which was also called witch hazel. It was used (and still is) cosmetically for general skin care as well as to treat sores and insect bites.

The “witch” in this shrub’s name comes from witchcraft. Branches of witch hazel were often used as “divining rods” for finding water!

The photos below were taken October 30, 2016 on the Potts Valley Rail Trail near the VA/WV state line. 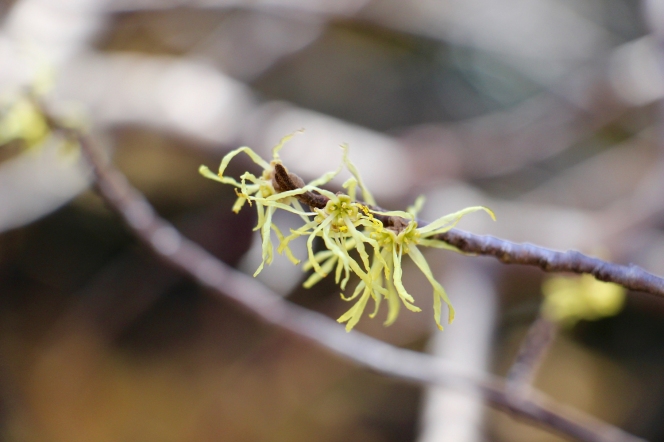 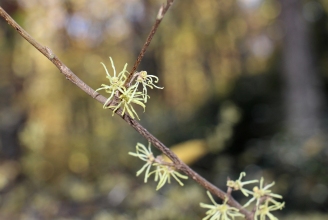 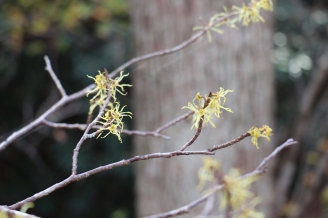 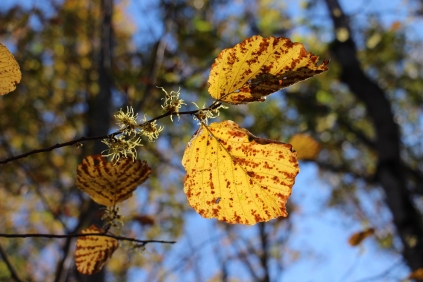 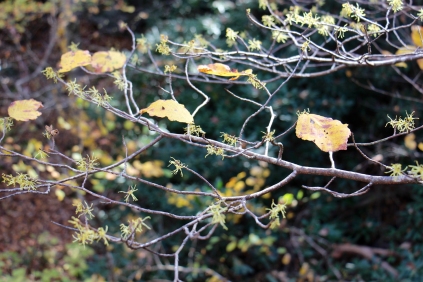 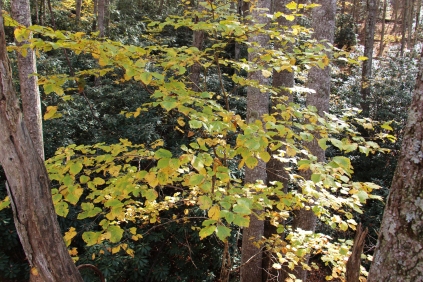 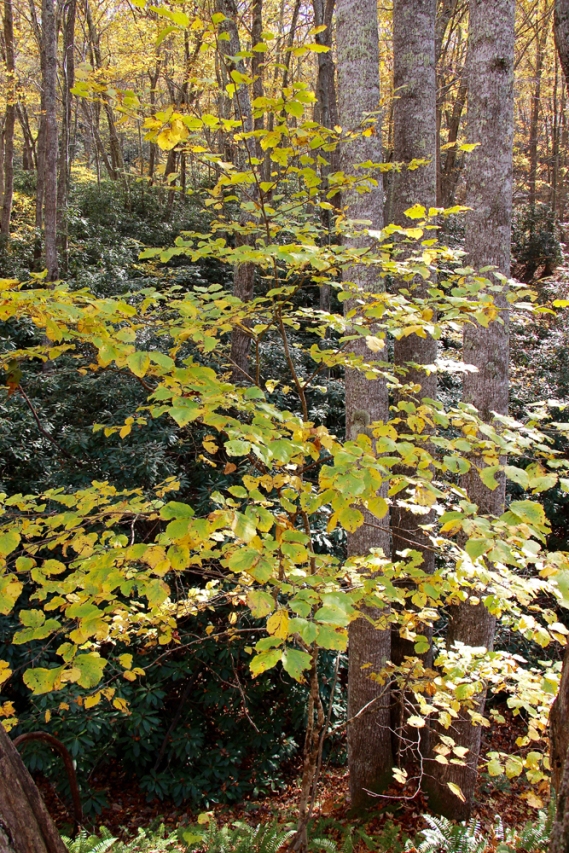 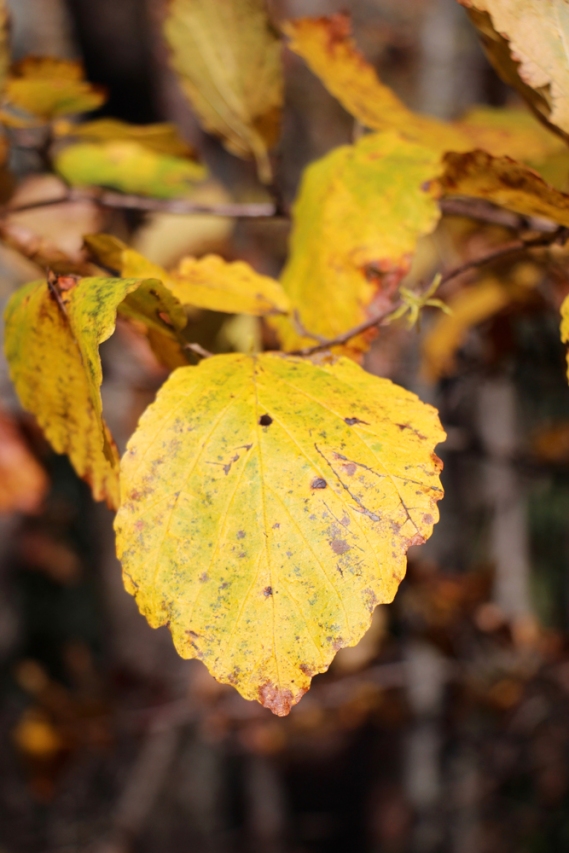 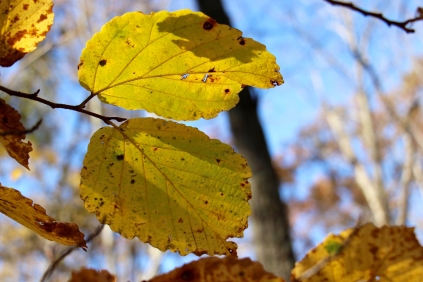 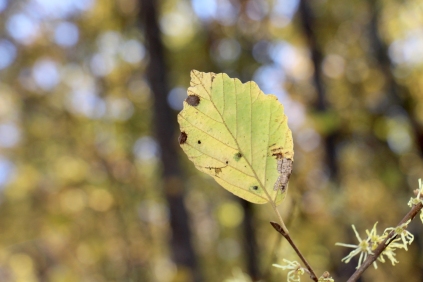 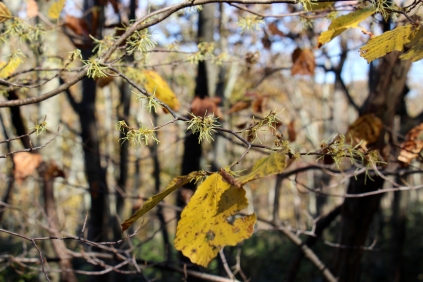 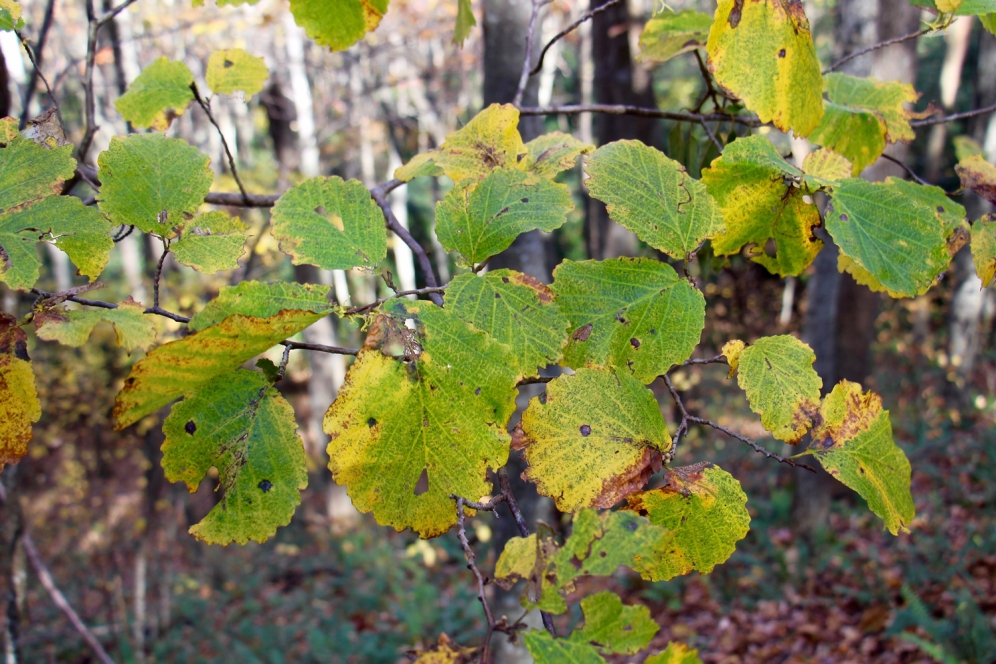