For a few years now, I’ve been seeing this large, grass-like plant growing in odd clumps up on Salt Pond Mountain, but I didn’t really know what it was.  This year, I was lucky enough to be up there when it was blooming, and I literally gasped when I saw the profusion of flowers that the plant can produce! Despite a gusty wind yesterday, I took a few photos and then came home to do some research…

Slender Bunchflower is a member of the Lily Family and it is native to eastern North America. The very long, rough leaves of the plant have parallel venation and smooth edges–much like grass. The leaves form a basal rosette at ground level.

At bloom time (June-August), the plant sends up a central stem that can reach up to 5 feet tall.  A few, alternately-placed leaves occur along this downy stem, which then terminates in a very large panicle of greenish-white flowers.  Some might even say “it has BUNCHES of flowers” at the top of the stem–and hence the common name.

Each white flower on these panicles is about 1-inch across and has 6 oddly-shaped “petals” (technically tepals) that narrow at the base, 6 stamens and 3 styles above a green ovary.  The flowers quickly fade to green with age, contributing to the plant’s overall uniqueness.

From my reading, I discovered that bunchflower prefers sunny, moist growing conditions.  In the relatively open area at the top of the mountain where I took these photos, nearby plants included Yellow Lady’s Slipper Orchid, Fly Poison, American Lily-of-the-Valley, and Wood Betony, as well as many ferns.

With regard to edibility–all parts of Virginia Bunchflower are toxic to mammals, so I assume that includes humans too!

See the gallery below for more photos, and apologies for the blur factor…as I said, it was a windy day! 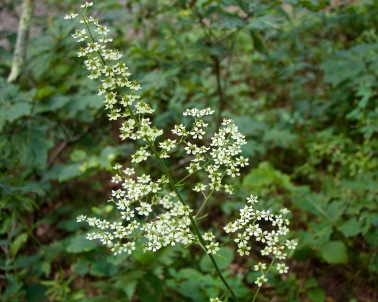 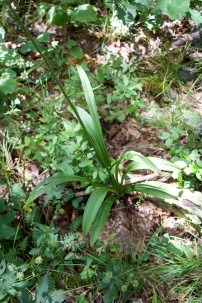 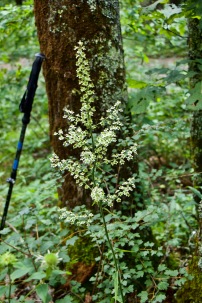 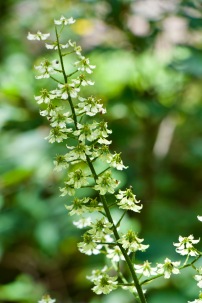 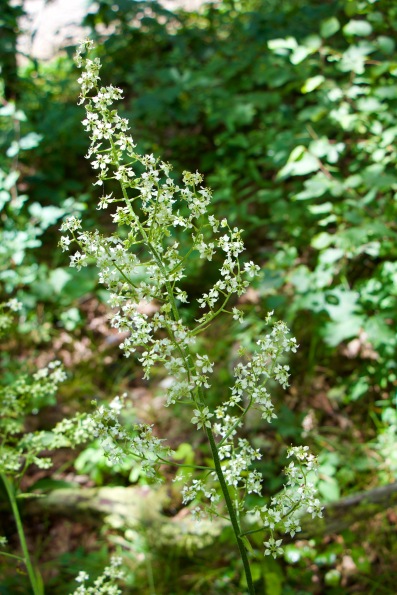 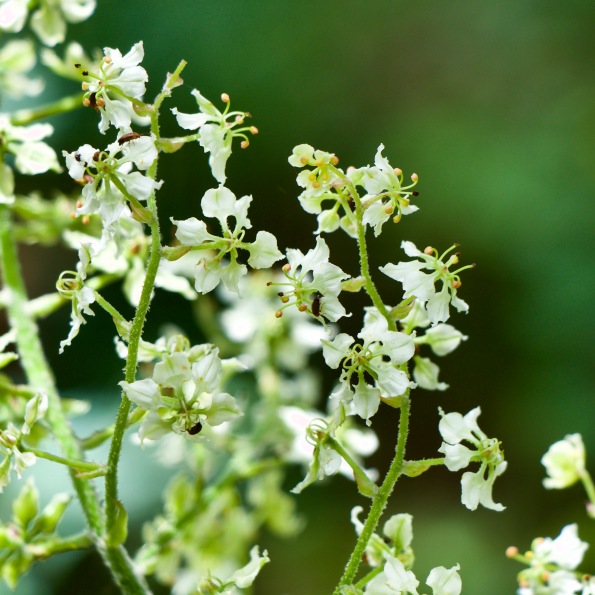 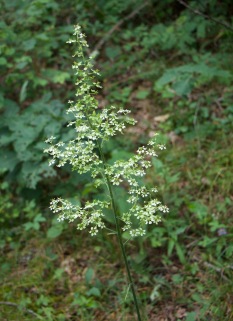 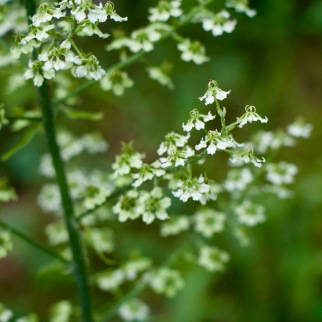 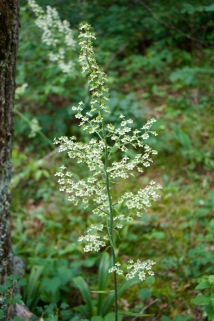 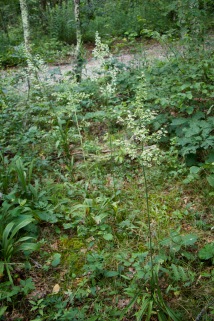 Here are several “clumps” of SlenderBunchflower growing in the same area