You will find wild ginger, or Canadian ginger, growing in deciduous forests throughout the east coast, including Appalachia, but don’t bother looking for it in winter. This ginger is a deciduous, herbaceous plant (leaves disappear in fall). Ginger colonies form in the springtime from branching rhizomes that form just below the soil surface. Pairs of soft, downy, heart-shaped leaves appear in early spring, like the ones you see here. These leaves grow taller over the course of the growing season and they retain an attractive velvety texture. 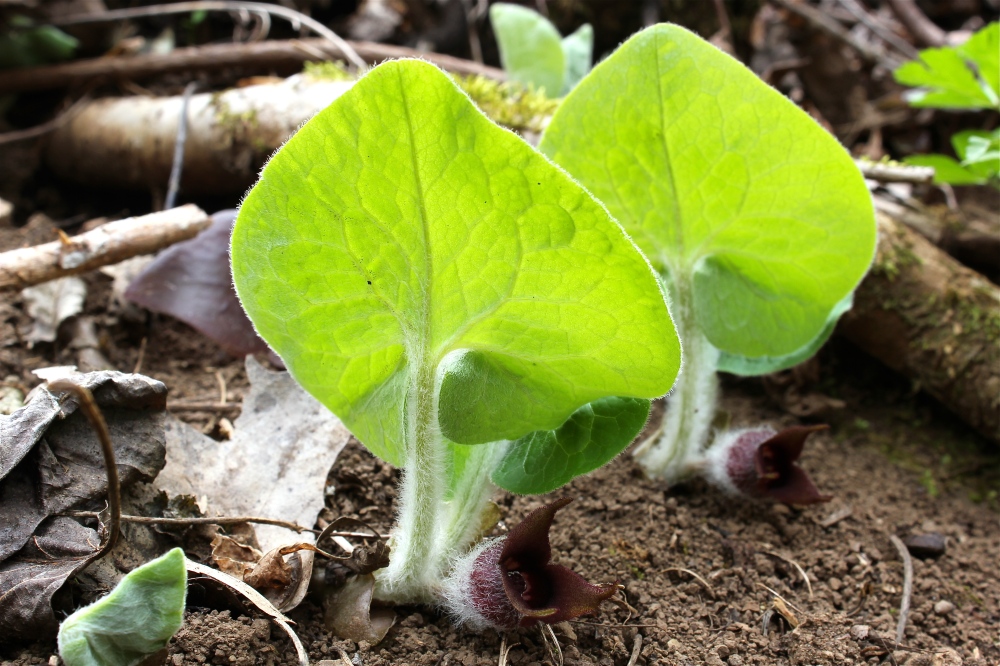 Early in the growing season, a single, reddish-brown flower appears at the base of the plant. Later in the season, you must push the leaves aside and look close to the ground to spot the otherwise secretive flower. The seeds mature in capsules and are dispersed by insects.

The rhizome of this plant smells similar to the true ginger sold in grocery stores but it should not be used for cooking. It contains a carcinogenic compound. That said, ginger was used by Native Americans in small amounts as a medicinal herb. Uses included the treatment of snakebite, earaches, and stomach cramps. Infusions of ginger were also believed to bring on menstruation.

I’ve been successful transplanting wild ginger on my property by digging and then moving the rhizomes.  But no matter where I plant them, deer eventually find them and nibble them to the ground. I love the rich greenery of this wild plant, but apparently so do some of the locals!

Be sure to look up Heartleaf on this blog if you are looking for another woodland wildflower with heart-shaped leaves. 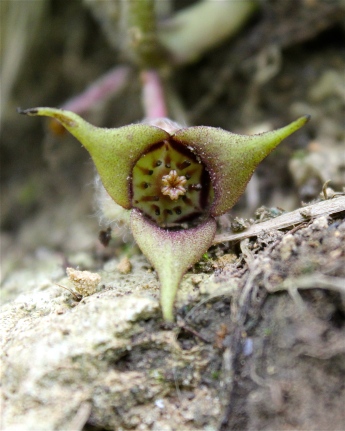 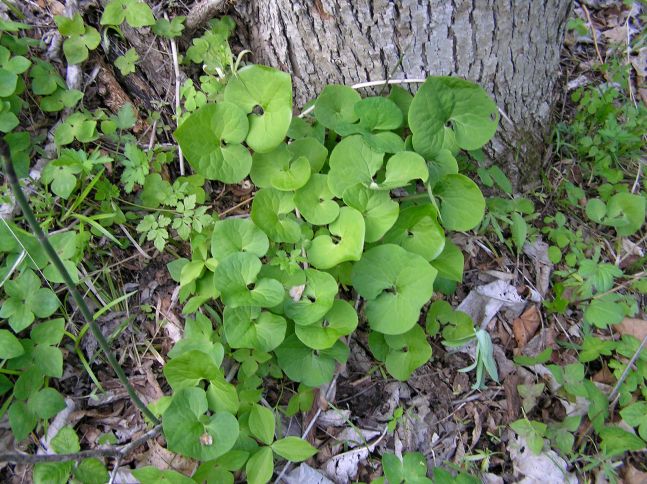 Wild ginger growing at the base of a tree

The brownish-red flower of wild ginger 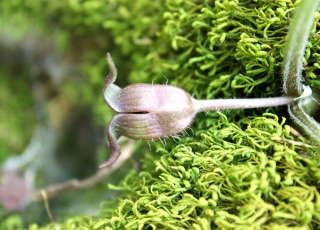 The brown flower of wild ginger