Addison’s Leatherflower is a threatened species that is native to the Ridge and Valley Province in Virginia.  Most of the remaining populations occur here in Montgomery County (Southwest VA).  The plant prefers dry, rocky, limestone hillsides, banks and ravines.

Addison’s Leatherflower is a perennial vine that starts out as an erect plant but eventually arches over or climbs on another plant. The rounded leaves are opposite, and somewhat variable in size and shape. The pinkish purple/to reddish flower usually arises from the tip of the stem. The flower is firm (like leather!) and shaped like an upside-down urn.

These photos were taken in late April and early May in the Ellett Valley near Blacksburg. One or two photos were  taken on private property in Shawsville. Nearby plants included white trillium, skullcap, wild ginger, hepatica, twinleaf, and golden star. 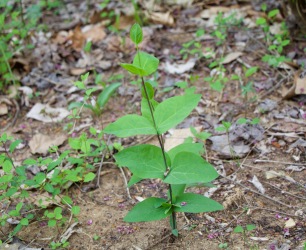 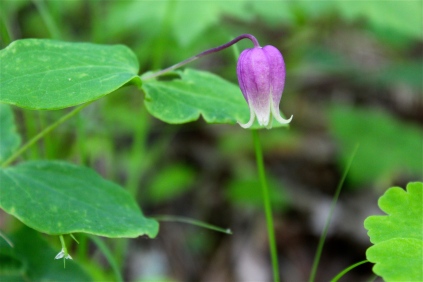 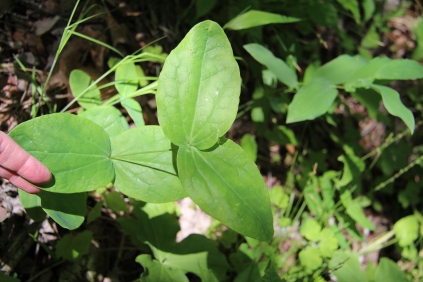 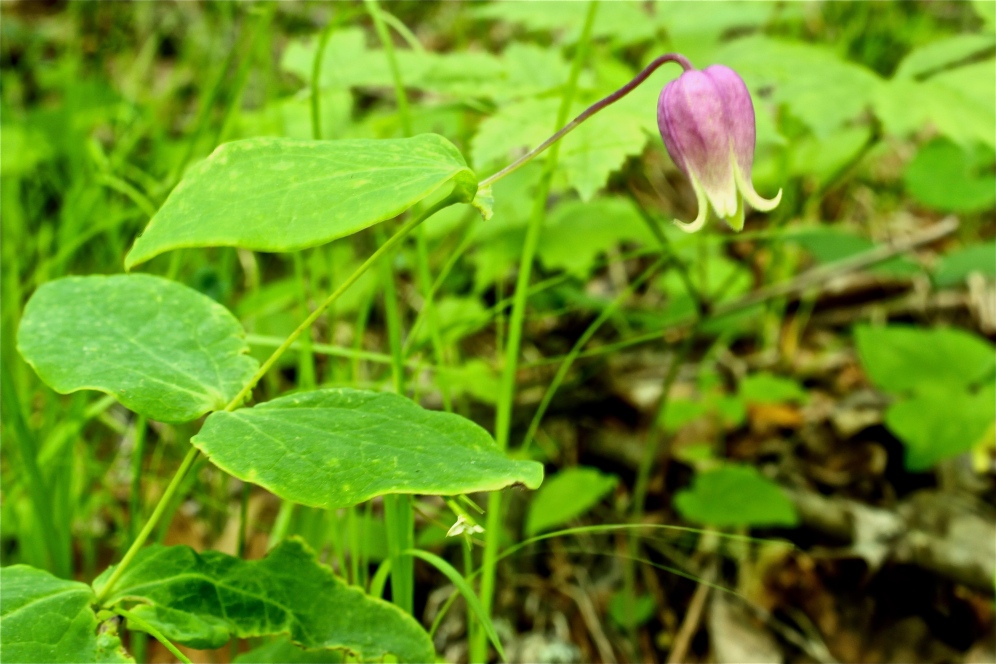